It first started when eight-teen year old Wesley Wells was riding his bike around Las Venturas. He had just moved back from Los Santos after his parents moved from Las Venturas to Vice City. It was just him and his sister, Megan. Megan was 17 and lived with her boyfriend in Los Santos, so Wesley sold his house in Los Santos and moved to Las Venturas to finish school. He had lived in Vice City before and only done half of his senior year at Vice City High, so he went to Las Venturas High for the first semester to graduate. Anyway, he was by the airport and stopped next to a car to send a text message. "Yo, wheres the closest bank at?" Wes looked into the car. It was Kolt, Kolton Jonston, his homie from his times back in the Temple Neighborhood Crips. Wes had squashed his beef with all the bloods and and people that his crip set opposed, but he didnt know if Kolt had. "Aye Kolt dog, waddup!?!" Wesley took him to the bank and they talked about starting up a gang or crew. This is how RWC was born..

Wesley had moved around alot. He was born in Los Santos at All Saints General Hospital, moved to Vice City when he was 10, chilled there for eight years where he won a State Championship in football at Vice City High School his junior year, then moved to Las Venturas with his family, then moved to Los Santos by him self and was in TNHC with Kolt, and his cousin Eric “Eazy” Hopkins, then moved back to Las Venturas when his parents moved back to Vice City. He bought a house on Taylor Road in Rockshore West, a neighborhood in Las Venturas, and he and his sister lived there until his sister moved to Los Santos to live with her boyfriend.

Once, when Wesley was riding by the police station he saw a asian man who looked confused, so Wes followed him into the station. As Wesley walked in he heard the man frustratedly said "Does anyone work here!!" Wes and him talked for a little and then the man looked behind him and said "Is that door open?" Wes turned around and looked and saw a door leading to a back room.. OPEN! They both rushed into the room as the sensors went off. Quickly, they found a safe and opened it. Taking money and two weapons. An MP5 and a Glock. The asian man took the Glock and gave Wesley the MP5. The asian man quickly ran outside while Wes went into another room. About 5 minutes later, Wes ran out of the police station with a folder, hopped on his bike and pedaled away from the station towards Taylor Road.

Wesley got bored watching TV one day so he planned an attack. An attack on a 24/7. He called his homie's Luciano and Kolton but they were apparently busy at the time, so he decided to take the challenge on himself. He got on a black sweatshirt, jean, black shoes, black avaitors,white headband, and got his green rag on. "Ready or not, you boutta' get owned." Wes hopped on his BMX bike and rode over to a parking lot behind a casino. He parked his bike against the wall and looked around. Wes picked up a rock and threw it through a Greenwood's window. No alarm. He quickly got into the car and hotwired it. Then, off he drove back to Taylor Road.

When he got back to his house, he went inside, and got his stolen MP5 and a screw driver. He through the MP5 in the car when he got outside, proceeded to take off only the back license plate since the front of the car had none. After he was done, he dropped all the tools, got in the car, and headed for the 24/7.

Wesley parked the car behind the store, pulled his rag up to cover his face, put on his shades, and the gun under his sweatshirt. He ran into the store, took the gun from his sweatshirt and aimed it at the clerk. "HANDS UP RIGHT FUCKING NOW!! OPEN THE REGISTER OR ILL PUT FIVE HOLES IN YA' HEAD!!" The clerk was obviously scared. Wes could see the fear. The clerk opened the register and took out the money. "PUT IT IN A BAG!" The clerk went towards a plastic bag, but Wes redirected the clerk to a large paper one. Then the clerk put the money in the paperbag, and held it out to Wes as he snatched it. "WHERE THE CAMERAS AT!" The clerk pointed to one of the cameras. Wes didnt know if it was the only one, but he shot at it and destroyed it. Three bullets were fired above the clerk's head. As the clerk ducked for cover, Wes put the MP5 in the paper bag and ran out of the store.

Wes got into the Greenwood and drove off towards Rockshore West. He got to his house on Taylor Road, grabbed the paper bag and ran into his house, into his room. He set the bag down next to the dresser. When he came out of the house, he put the license plate, screws, and screw driver in the car and drove the car to the pier. He put the rock that broke the glass on the pedal and the car drove straight into the water. He took off the shades, put them in his pocket and ran to his house. Taking over, one step at a time. 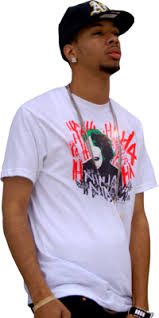 All recruitment is done IC/IG. No OCC applications or asking to join through PM’s

Rules:
- Must follow server rules and gang rules
- Must know somewhat about african american gangs
- Must be able to speak in African American Vernacular - English and know some street slang.
- Listen to members in higher ranking then you in the crew
- No random screwing around.
- Tell somebody before you go AFK and go in a house or somewhere safe
- Keep OCC convo’s to a low. Use /pm instead of spamming /b
(Rules somewhat copied from TNHC on LSRP) Member
Posts : 32
Join date : 2010-10-30
Location : Where you aint
RP Faction : Rockshore West Crew
RP Name : Wesley Wells
thanks guys, i hope I can take this far with some help from the members

@Raheem - Yeah, I sent it already.

Cause I do. xD

AND Story will be updated when events happen so check back every so often. I will add a modpack soon, probably the one from lsrp, but I dont use the fam3 skin mod aka ID 107. I keep it as the guy in my sig. Ill have to get permission from the creator of it first.

Modpack added on in mod section

You will need it >

Member
Posts : 32
Join date : 2010-10-30
Location : Where you aint
RP Faction : Rockshore West Crew
RP Name : Wesley Wells
Dunno if this is commin back but ima add a new part to the story just incase, but anyone know if I can name change characters if this comes back?