Chapter 1 - How it all began

Kolton Josnton and his brother flew in from Los Santos when they were 18 and 19. They had no knowledge what so ever about what was waiting for them in Las Venturas. They had to move to Las Venturas because his dad Glenn was shot in while doing a mechanic job it was all caught on tape he was murdered brutally by some black guys with yellow bandanas.
Kolton knew that they were Latin Kings and kept that in mind when he moved to LV. When they arrived in Las Venturas they called called their cousin, His gave them a place to stay at his motel. He was affliated with Crips he had his own set called the "WestSide Crips". Eventually seeing all that goes around in LV his cousin recruited Kolton and Wesley as one of his soldiers. The gang grew big Kolton was good friends with one of the gangbangers. Because of there fine shooting and knowledge of guns Kolton got the nickname "Koltdog"and his brother got a nickname of "King Killa". One day the motel was attacked by the Gonnies and many Crips were killed also the leader was killed. Only Kolton and His brother were alive from the attack they were shot several times by Glock 17 rounds but they were lucky, they survived it. His brother moved back to Los Santos because he couldn't take all the things that were going on but later came back. Kolton and his brother bought a little house and they lived there, Kolton was recovering and thinking what to do further. Kolton thought of making a new set but they only had two members, himself and his brother. So Kolton spoke with his brother what they were going to do and they both agreed to make a new set " Las Venturas Outlaws ".

Las Venturas Outlaws was settled. Kolton was working hard to get contacts with some other gangs and to create allies but they all refused since they thought we were small,weak and wouldn't grow. Goons knew that a new set was created and wanted to wipe Kolton's set out. Kolton was aware of that since the Goons did several drive-bys at his house. His brother knew that they would get killed if they didn't start to recruit some other Outlaws. As the months progressed, they were making a name for themselfs and they got in contact with a mob, they were Italian and they had a Store next to Koltons house. At most times the Outlaws were hanging at Koltons house which was next to their store and the Italian thought that, that would keep away costumers since the Outlaws were robbing people who were parking infront of Koltons house. The Italian had a meeting with them and gave them 5 days to move out of there. Kolton refused and the next day the Italians called the Goons to finish there work. The Outlaws couldn't take on 2 big gangs on there own and got allied with another small gang for some time they were powerfull. Koltons allied got wiped out by the Goons and Outlaws had to move out.

Kolton earned alot of money at that time and bought a house in the South Side, many people heard of them and alot of wannabes wanted to join them. They were big so Kolton discussed with his brother if they wanted to change there set name. South Side Rascals was born with more members and was big and strong. Kolton wanted to take revenge on the Italians for making them move out so they sorted out a plan to burn down there store. They burned down there store with grenades and flaming cocktails. Kolton thought that the Italians wouldn't mess with them, but no he was wrong. The Italians were angry and called out the all the gangs that had hate against the rascals and sorted out an attack. The Rascals were outnumbered and they eventually surrendered, a couple of rascals were killed. Kolton called in his homies from Los Santos to move in to Las Venturas, the gang grew bigger and bigger. Goons were on the ferge of getting destroyed and they were struggling. Kolton didn't help against the attack because he sorted out a plan, several Rascals died in the war at North End. Goons got wiped out. Now it was the Rascals turn, The other gangs were recovering from the war and were trying to take over other parts of the city but they were outnumbered by the Rascals. The Rascals took over the motel and Kolton is doing it big now. Illegal dealing going inside the motel. 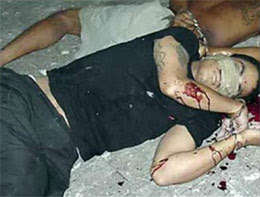 Kolton got "killed" in a drive-by and he took 3 bullets in his chest, however no organs were injured. In the hospital the doctors declared him Dead on the scene, not many people knew that this was planned only his younger brother and one of his hommies from Los Santos knew about this. The doctors were bribed by his family members from Los Santos to declare Koltons death for $1,000,000 After a few months Kolton got back on his feet and recovered. He gathered all the trusted members to talk about what is gonna happen now. This was a big surprise for them because they all thought he was dead. They eventually decided to gather everyone and make a comeback.

After a long time without any existing Goon in Las Venturas. They thought they were living free, Little did they know the Italians came back and rebuilt their store. They Italians herd from a insider that Kolton was not dead. They were shocked and this mad the mob madder then they ever were. The insider kept giving them reports on what the Rascals were planning. But the Rascals weren't doing anything they were just laying low for the time being. When the Rascals deiced to make a move the Italians were right on top or it. The Rascals were in a dead bolt. Kolton was wondering how do they keep knowing where we are and when we are? Koltons plans were messed up for 2 months. So he knew he had to make changes.

Kolton and Wesley have been arrested and been sent to the LVPD for an unknown amount of time.
After the brothers were off the streets the Rascals fell apart some joined new gangs and some went off back to Los Santos and some went to start families.

Chapter 8 - Back on the track and ready to go 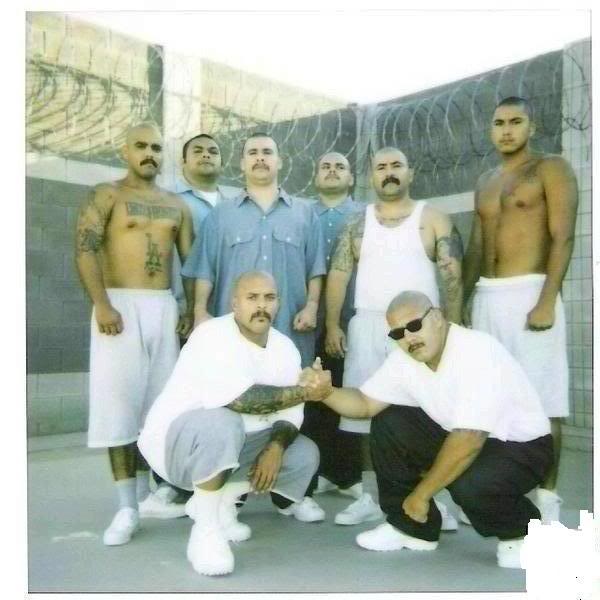 After an unexpected comeback of the brothers getting let out after spending 10 years in Las Venturas Prision.
All the old homies gathered around their old hood having a sacred ceremony, gaining their old power back. After sorting out some unloyal homies, shit can start once again.
Right on the first day, the set had some major problems with the new gangs. A turfwar began.
Kolton sat back and watched what was going waiting for a right chance to move. Of course Kolton has to get his nose into everything and he went into fight not to peace keep. Now it was a Triple threat you would never know what was going on until it actually happened. So they gang wars moved to the north area. After 1 month of fighting the Rascals came out victorious and gained the South turf and never will they move off it.

, but by Wesley do you mean me? Cause I aint yo bro :p

[LVPD] Chief of Police
Posts : 109
Join date : 2010-09-30
Location : England, North East.
RP Faction : Las Venturas Police Department
RP Name : Frank Westwood
Another quality faction thread, I really am impressed with the effort that has gone into this. I wish your faction the best of luck.

Member
Posts : 34
Join date : 2010-10-14
RP Faction : After Eight
RP Name : Vivec Anderson
All I could suggest..would be some other sections. Skins, turf, all that bizzy. Just cause it looks nice.

Member
Posts : 13
Join date : 2010-10-31
RP Faction : South Side Rascals
RP Name : Kolton_Jonston
Yeah I am going to add things onto it when I get the actual spot on it and stuff

Re: South Side Rascals